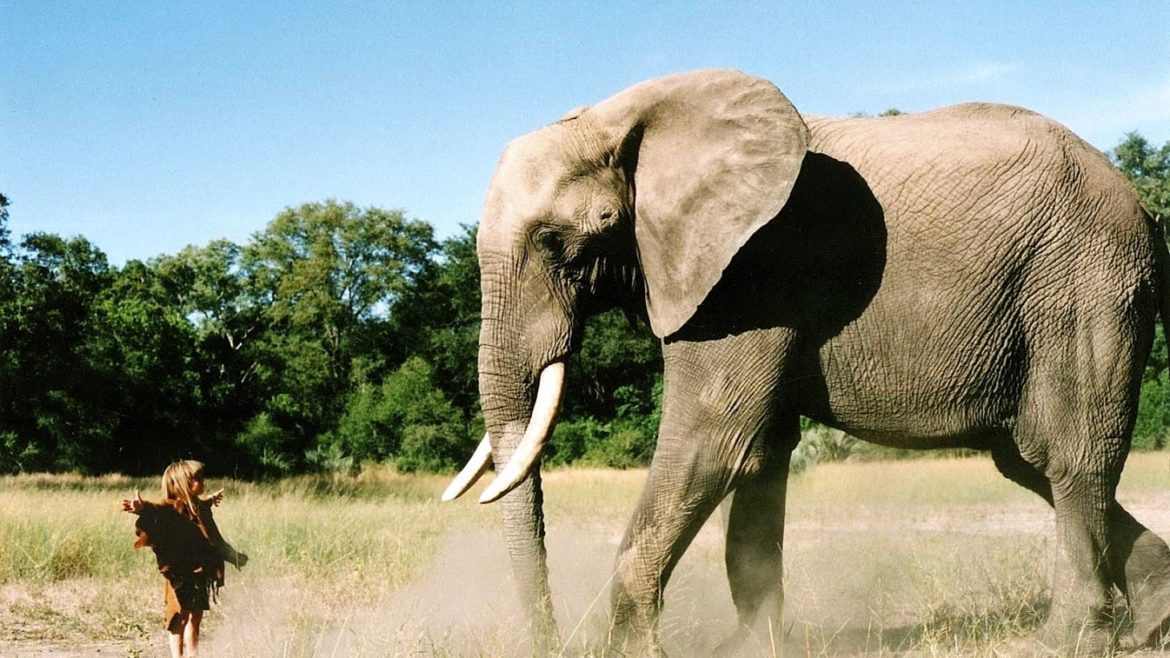 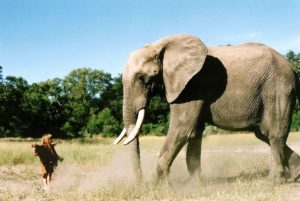 The photo above exemplifies what healing means to me. Taken in 1996, it features a girl named Tippi. The caption reads, “Tippi, aged 6 dancing with Abu the 34-year-old elephant in Okavango Swamps, Botswana.”

Ganesh, the elephant deity in the Hindu pantheon, is considered to be both the remover of obstacles and the obstacle itself. In one version of his creation myth, his mother, Parvati, creates him in order to guard the threshold of her home. She creates him while her husband Shiva is gone, and instructs Ganesh to let no one pass through the door. When Shiva comes home and is denied entrance, he is outraged, and severs Ganesh’s head. Upon experiencing Parvati’s despair at her son’s death, Shiva makes reparations by replacing the boy’s head with that of an elephant and restoring him to life.

Experiences that exceed our capacity to cope breach a boundary within us. Like Parvati placing Ganesh in the doorway, we protect ourselves by creating internal barriers between ourselves and experiences that are too overwhelming to bear. When we are unable to take adequate action to protect ourselves, the self that is harmed severs that experience from consciousness.  This dissociation ensures survival by protecting the vital core of the self. However, the dissociation means we become fractured and lose access to parts of ourselves. When external situations no longer necessitate the same protection, these protective barriers become our own obstacles.

In order to be whole, we need every part of ourselves. Keeping up barriers requires tremendous unconscious energy and psychic space. Everyone experiences being walled off in different ways. I often feel afraid of the discomfort, pain, and fear that I experience. I want to push it away, and avoid it like hell. But I know avoidance creates the very things I want to push away. I believe discomfort is the call to come home. When I relate to discomfort in this way, the obstacle becomes the opening.

I love that Tippi is facing the elephant with her arms wide open. She stands in total surrender to the weighty elephant truth that lives in her.

Not only that, she’s dancing with him.  She’s moving into action.

Recent Posts
Recent Comments
Archives
Login to Psychotherapy for Women, Families, and Children in Berkeley, CA
Reset Password
Enter the username or e-mail you used in your profile. A password reset link will be sent to you by email.